Snakes can be quite complicated animals to keep as pets, so it’s important to carefully consider all the obligations of snake ownership before you make your purchase. Ball pythons are popular for beginners because they stay relatively small and are generally easy to handle. However, there are still many responsibilities that come with caring for these creatures, and you should also consider the quirks that come along with this particular species of snake. In this guide to the ball python, we’ll cover:

The most attractive to part of this pet to many is its size. Ball pythons only grow to be 3 to 5 feet in length, which makes them easier to house and care for than many larger snakes. They also have a long life span, generally living 20 to 30 years, and sometimes even up to 50. On one hand, this makes them quite the investment, but it also means that your snake can be a faithful companion for a large portion of your life.

Ball pythons are named for the behavior they exhibit when threatened — knotting their body up into a tight ball and tucking their head under their body. Although they may become irritable around their shedding period, generally these guys are docile and open to being handled. It should be noted that each snake is going to have a different character, and some will be more aggressive than others.

One of the biggest controversies in the community of snake owners is whether you should use a tank or a tub to house your snake. While this is a complex issue, there are basic pros and cons to each.

These are the glass enclosures that you typically think about when picturing snake housing. A tank can be great for controlling heat, since you can either have a heating pad below or use lamps above the screen covering the enclosure. On the other hand, this screen makes it somewhat difficult to control humidity, although there are several workarounds. A tank is also typically harder to clean since it’s so heavy and unwieldy. While it gives you a great view of your snake through the clear glass, having an open environment on all sides may make your snake uncomfortable. To remedy this, you can give your snake some form of cover to which they can retreat if they feel overwhelmed.

These plastic tubs can come in many sizes and are generally cheaper than glass tanks. While it’s easier to control humidity with these enclosures, it’s more difficult to control temperature since the plastic lids make it difficult to place heating lamps on top. They’re lightweight and easy to clean, but it can also be difficult to see your snake through the plastic. It really all depends on what you want, and what makes your snake the most comfortable.

Because ball pythons are somewhat inactive, they’re usually fine in smaller enclosures. They should still have the ability to stretch out to their full length along two sides of the tank/tub, so 20 gallons is good for younger snakes, and they can be upgraded to 30 gallons when they reach adulthood.

Some ball pythons like to climb around, so you’ll want to provide them with plenty of branches. You’ll also want to make sure that the lid of your enclosure is always on tightly — these guys will climb up and escape if given the chance.

The bottom of the enclosure should be lined with some sort of substrate. For this, you have a choice of newsprint (the paper that is used for newspapers), shredded bark, or artificial turf. Artificial turf is reusable and easy to clean, but it can prevent your python from burrowing. In terms of newsprint or shredded bark, there are many different options, and you can choose based on your budget and the time you’re willing to devote to cleaning. Your habitat should be thoroughly cleaned about once a week, which is also when you’ll replace your substrate.

During the day, the temperature in your enclosure should hover in between 80 and 85 F, and you should provide a basking spot for your python that is around 90 F. At night, the temperature should be around 75 F, with a basking spot of 80 F. This can be achieved using a combination of heating pads and lights. The light should only be kept on for 8 to 12 hours a day, and nocturnal or infrared lights should be used at night. Heating elements should never make contact with the snake’s skin to prevent burns, and you should never use a heating rock in your snake’s enclosure.

Around shedding time, or even just casually, these snakes like to soak in their water dish. Make sure that the water dish is large enough to accommodate this activity and change it often, or provide an alternative in the form of a humidity retreat. This is a small covered area with either damp sphagnum moss, or if you don’t want to get that fancy, damp paper towels. Of course, you should still provide a water dish, and your snake may still choose to soak in the dish.

If you have any hang-ups about feeding your snake small mammals, a ball python may not be the snake for you. These snakes feed exclusively on mice or small to medium rats, with the size of the prey increasing with the size of the snake. This prey should be pre-killed since live animals could potentially hurt your snake, especially if they’re not hungry.When using frozen prey, warm it up to room temperature (preferably not in a microwave) before feeding it to your snake. You should feed your snake in a separate enclosure so that it’s less likely that they will confuse your hand for prey when you reach into their normal enclosure. Adults can be fed once every week or two weeks, while younger snakes should be fed once a week.

When you’ve finally decided to purchase a ball python, you still have some work to do before you finally bring your scaly friend home. Ideally, the snake will be captive-bred since wild snakes are often crawling with parasites and may refuse to eat pre-killed prey. Your breeder should be able to answer any questions you have, which may include asking about the snake’s feeding schedule and shedding schedule, their parents, and their morph — a mutation that makes the snake look different.

You should definitely ask whether the ball python has the spider gene or not. Spider ball pythons are known to have a neurological issue that can give their head a slight wobble, with the gene being so strong in some that their head begins to “corkscrew,” especially when presented with food. They also have issues with balance, which makes it difficult to enjoy climbing like other ball pythons do. While spider ball python breeders will claim that this does not affect the python’s quality of life, others within the community — especially spider ball python owners that have seen the ill effects of this gene — discourage the purchase of spider ball pythons on a moral basis. This is a complex topic, but for the purposes of this post, we also advise you not to add to this problem by buying a morph that does not include the spider gene.

You should also ask to see the snake in person so that you can evaluate its health and character before you purchase it. The snake should have a well-rounded body, and eyes and a vent that are clear. It should grip your arm when handled, and appear curious and alert. Make sure that the python accepts pre-killed food by asking for a feeding demonstration. If the breeder refuses to allow you to see the python, that can be a serious warning sign and you should consider finding another breeder.

Refusal to eat is common among pythons, especially in the first few weeks. As long as a healthy weight is maintained, this shouldn’t be a problem, but if the snake begins to lose weight, there are several extra steps that should be taken during the feeding process to entice the snake to eat. If they still refuse to eat, consult a vet and examine their surroundings to see what might be causing stress.

If you’re a snake owner already, your newest pet should be quarantined for 3 to 6 months. In addition, you should take your new snake to see the vet as soon as possible to ensure that they aren’t harboring any internal or external parasites.

If your humidity and temperature isn’t just right, your snake may contract dermatitis, the symptoms of which are blisters and rapid shedding. You should lower the humidity and raise the temperature, as well as checking with your vet.

Another problem that can be caused by a cold, damp environment is respiratory disease, which is signified by labored breathing, a wheezing sound, and mucus within the mouth or nostrils. Again, the solution is to adjust the environment and consult your vet.

Though preparing for your new pet may seem like quite a task now, these little guys are well worth the effort. Ball pythons are chill, low-maintenance, and cost-effective pets, and they will provide you with their quiet companionship for many years. While the responsibility of caring for a ball python shouldn’t be taken lightly, with a committed owner, these snakes can make fantastic pets. 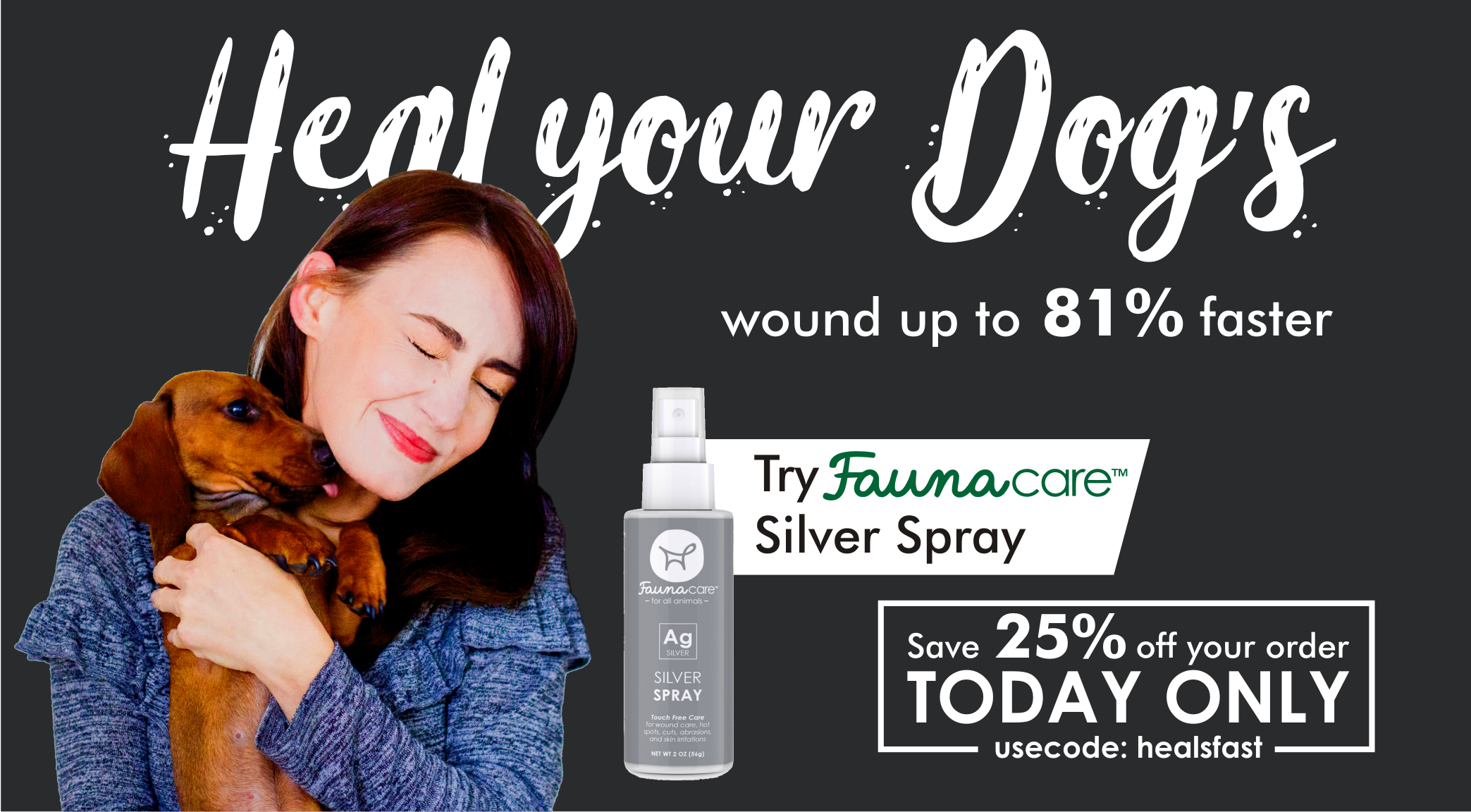 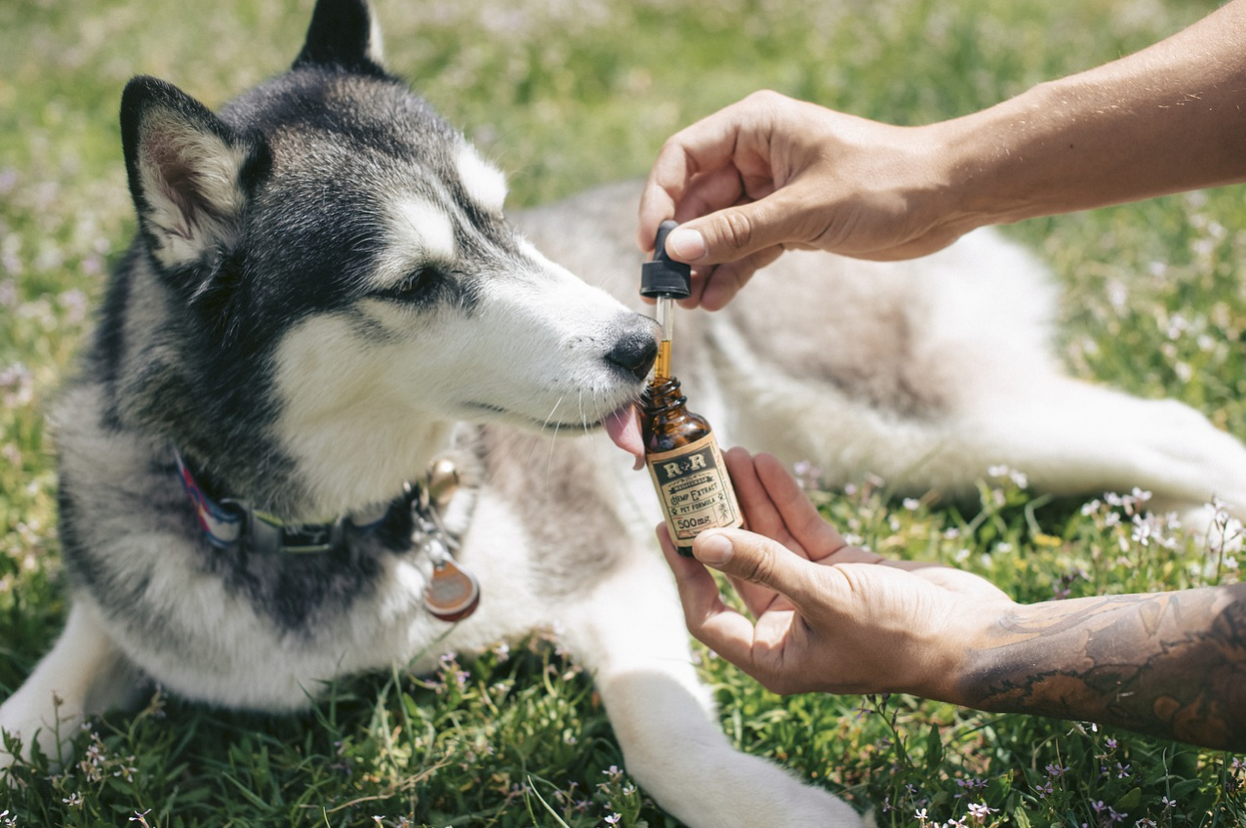 Can CBD Help Pets With Anxiety? 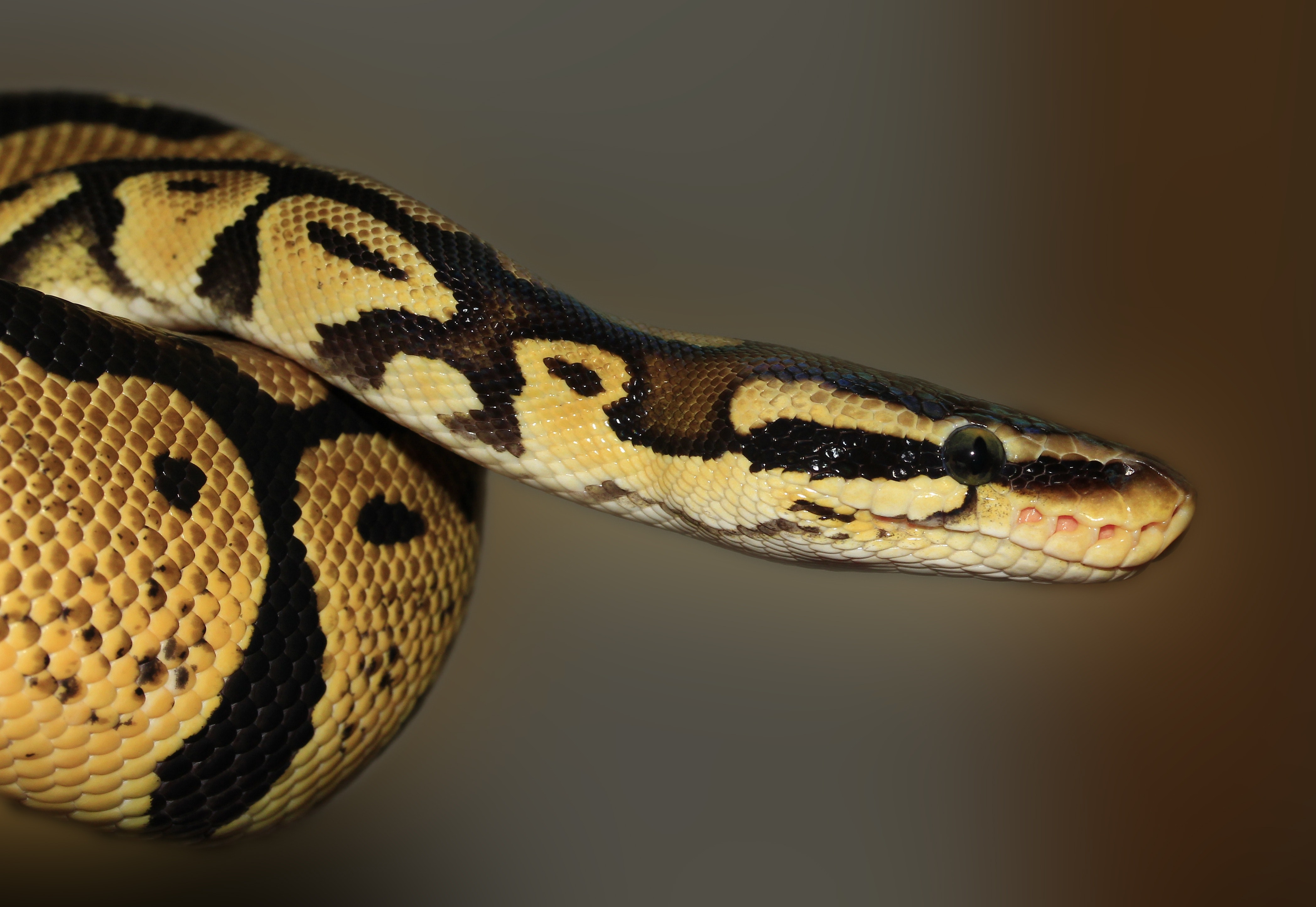 How To Meet The Nutritional Needs of Your Snake

Keep your snake healthy and happy with these nutrition tips 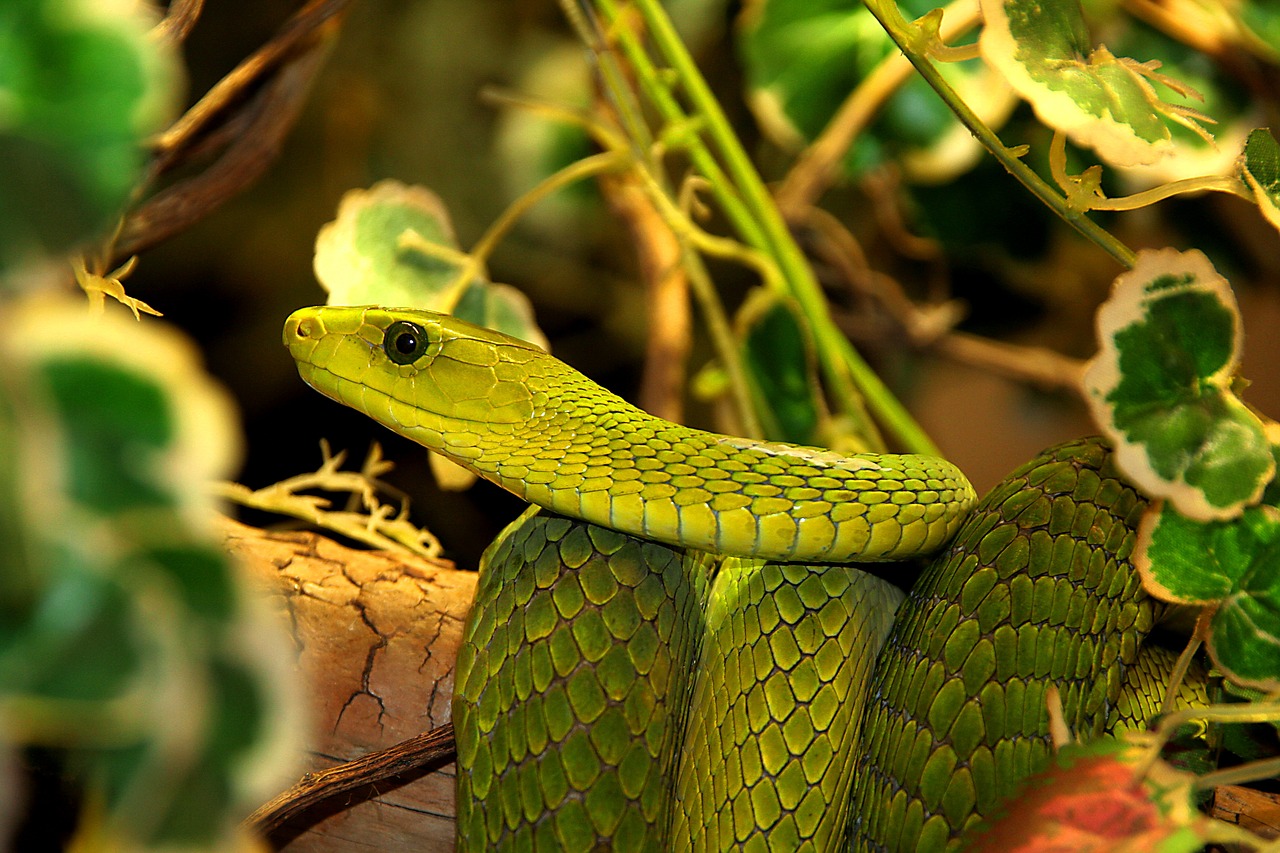 6 Questions You Should Ask Before You Get Your First Reptile

Snakes, lizards, or turtles can make quite complicated pets