Is CBD Oil An Effective Treatment For Horses? 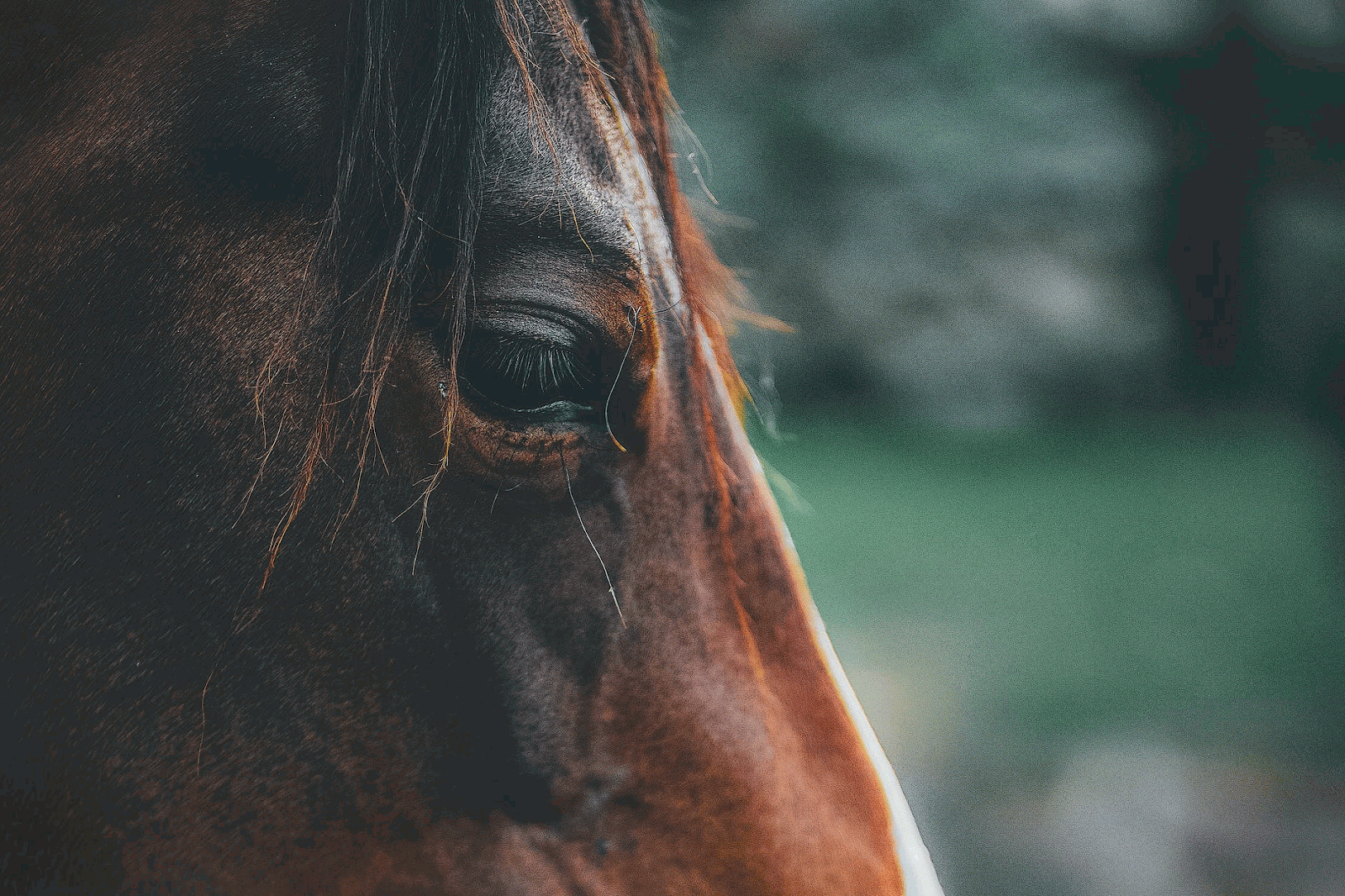 You may have heard about CBD oil being used as a treatment for cats and dogs, but is it also effective for larger animals, like horses? While very little research has been done confirming or denying CBD oil as an effective treatment for any pet, much of the anecdotal evidence would seem to point to the conclusion that this medicine may be able to allow animals of all shapes and sizes with many different ailments to feel more comfortable. Although CBD oil may be able to help your equine friend, the lack of research means that the decision is in your hands. To help you decide, we’ll tell you everything you need to know about CBD oil as a treatment for horses.

What is CBD oil?

CBD is simply an abbreviation for cannabidiol, a compound that can be found in and extracted from cannabis. The first distinction we should make is between CBD, which carries many of the medicinal benefits associated with marijuana, and THC (tetrahydrocannabinol), which possesses the psychoactive properties that contribute to the feeling of being high. Many people link CBD and cannabis in general with marijuana, but the CBD oil that is sold both for people and for pets is actually extracted from hemp, which is just another variety of the Cannabis sativa plant. Because CBD oil is extracted from hemp, it contains less than 0.3% THC and is also fully legal under the Agriculture Improvement Act of 2018.

Just to make matters more confusing, it’s also possible to extract CBD oil that contains less than 0.3% THC from the marijuana plant, but this version is still considered to be a controlled substance and restricted by the Food and Drug Administration. All this means for you, the consumer, is that your CBD oil will almost certainly be extracted from hemp because it’s just easier, even in states where medical marijuana is legal.

Just because it’s legal doesn’t mean it’s guaranteed to be safe for use, however. The market for CBD oil products that are derived from hemp is mostly unregulated because they’re considered to be supplements, and don’t go through the rigorous testing that other medicines undergo before they’re released to the broader public. Because of this lack of regulation and research, CBD treatments may have hidden risks, like varying levels of active ingredients or unknown long term side effects. This doesn’t negate the chance that CBD oil could have a positive effect on your horse, but it does mean that you should proceed with caution and continue to monitor the status of CBD research. It should also be noted that if you’re planning to compete on your horse, USEF has recently prohibited the use of CBD, both natural and synthetic, on the grounds that it can affect the performance of a horse.

How Does CBD Oil Work?

Though CBD oil is lauded as a miracle drug at times, the way it functions is far from miraculous — it’s science! CBD interacts in various ways with the endocannabinoid system, which is the same in all mammals and even some other members of the animal kingdom. Although you may have never heard of it before, the endocannabinoid system is important within your body, contributing to homeostasis, sensation, mood, metabolism, energy, muscle control, and more. This means that when the system becomes unbalanced, it’s a pretty big deal to say the least.

The endocannabinoid system consists of two main players: endocannabinoids, like anandamide and 2-AG, which deliver messages around the body, and the receptors that translate those messages into real-world effects. CB1 receptors are located primarily in the brain and central nervous system, and are able to control sensations, mood, pain, memory, and motor function. CB2 receptors hang out in the immune system and regulate your body’s response to pathogens, including the occasional annoying inflammation. Because of their involvement in these important areas of the body, these receptors have a lot of influence over the way your horse may be feeling.

So that’s great, but where exactly does CBD come in? CBD is a bit of an oddball, not fitting in perfectly with either the endocannabinoids or the receptors. It is in fact a phytocannabinoid, which just means that it plays a more indirect role. There are many ways CBD can influence the system, but one of the main ways is by modifying receptors. When the body doesn’t want a certain message to be received, CBD will attach itself to a receptor, which changes its shape so that it can’t receive a certain endocannabinoid. In this way, CBD can negate some of the negative effects of THC (an endocannabinoid), like paranoia or short term memory impairment.

What Benefits Can CBD Oil Have For Horses?

Because CBD plays such a large and influential role in the endocannabinoid system, it can cause many positive effects for horses with many different various ailments. However, it should be noted that CBD oil is not a direct cure for any disease — it only works to make your horse more comfortable, which can in turn benefit their appetite, ability to exercise, and overall health. More specifically, CBD oil may be able to help out in the following situations:

What Are The Risks And Side Effects?

As with any medication, with the good comes the bad. However, for CBD oil, the bad is relatively unknown. Because of the lack of research, it’s difficult to tell if there are any long-term risks involved with the use of CBD oil. The largest short-term risk is THC toxicity, which can cause your horse to become high for a few days at most. While this doesn’t sound too dangerous, it can be highly uncomfortable for your horse, and they may have trouble eating or even standing during this period. If the overdose is serious enough, it could even be life-threatening, though this is rare. If you spot any symptoms of THC toxicity, like extreme lethargy, dilated pupils, or vomiting, take your horse to the vet as soon as possible.

The possible side effects are quite minor, with lethargy as the most common. Other side effects could include gastrointestinal upset or an allergic reaction. Any of these side effects can be mitigated by stopping the medication, though if your horse has been receiving a CBD treatment for a while, you’ll want to taper it off slowly.

While extreme, life-threatening cases stemming from CBD oil alone are far from common, vets warn that because the market for this product is unregulated, you can never be sure exactly what you’re putting into your horse’s body. Always be sure that you’re buying from a reputable company, with independently certified lab results and transparency regarding their ingredients.

How Do I Use CBD Oil for My Horse?

If you’re undeterred by the risks and ready to try this treatment, you’ll want to use the correct dosage. Most CBD products come complete with their own dosing charts, which can be helpful since typically all CBD products contain a varying amount of active ingredients. A more general recommendation is 0.05-0.25 mg per pound of body weight, administered twice a day. You should start on the smaller end of this scale, then if you don’t notice any ill effects, work your way up to a dosage at which your horse will begin to experience the positive effects. CBD oil comes in three different forms: the original tincture, capsules, and CBD-infused treats. Each has their own benefits and drawbacks, so when choosing one, consider your own preferences, and those of your horse.

CBD oil has the potential to be an excellent treatment for some horses, as backed up by its known roles in the endocannabinoid system. However, you may want to wait until more studies are done on the long-term effects of this medicine before diving into treatment, if your horse doesn’t need it urgently. You may be able to discuss CBD oil as a treatment option with your vet, but because of legal issues, some vets may not be able to have that conversation with you. In that case, since your horse is your responsibility, the decision really rests in your hands.

How to Prevent + Treat Bot Fly Infections in Your Horse

How to Identify and Treat Bot Fly Infections

Horse Wound Dressing Supplies Every Equine Owner Should Have on Hand

Stay Prepared for Almost Any Emergency with these Horse Wound Dressing Supplies.

Thick wood badger, woodchuck, land beaver, Monax, whistle-pig, and Phil. These words may seem a bit disjointed but they all have one thing in common: the groundhog.

If you are considering bringing a feline into your home but still lack the right reasons to do so. Below we have listed down a few points that will help you make your decision.

Equine Heat Rash: What Is It, and How Should You Treat It?

How to Identify and Treat Equine Heat Rash, aka Urticaria

Sleep Deprivation in Your Horse: Signs and Causes

Sleep deprivation in horses can drastically affect the health of your horses. Find out how to identify the signs that your horse is sleep deprived.

END_OF_DOCUMENT_TOKEN_TO_BE_REPLACED

Everything You Need For Your Equine First Aid Kit!

END_OF_DOCUMENT_TOKEN_TO_BE_REPLACED

Tips for Home Care (and Signs it’s Time to Call the Vet.)

This way, you don't have to worry about losing all your winnings on one site—you can spread them out over several different ones!

Not sure where to start naming your horse? We've got advice + plenty of horse name ideas to get you started

How Long Do Horses Live?

How to Help Your Horse Live A Long Happy Life

Everything you need to know about watching for, preventing, and treating infections.

Caring for Your Senior Horse