How To Treat Bad-Smelling Wounds in Dogs 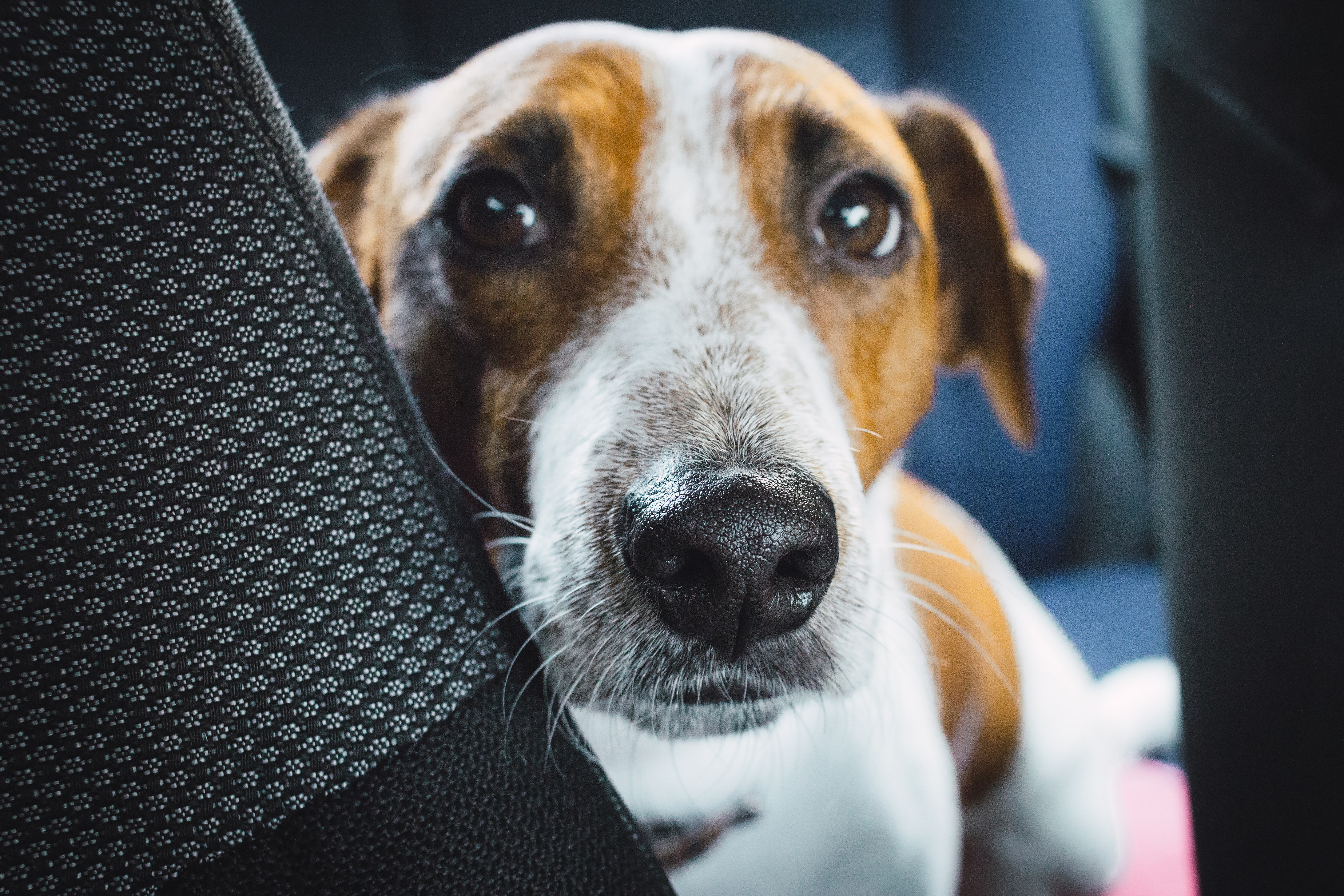 So, your dog has an open wound. That’s bad enough, right? You take her to the vet, get her all fixed up, and make your merry way home. But then, when you’re all settled in for the night with your faithful friend on your lap, you notice that the wound smells… bad. Putrid. Foul. Rancid. You and your poor furry friend obviously can’t catch a break. So what do you do? And what does that awful smell even mean?

Fear not — in this article, well go over everything a dog mom or dad needs to know about treating a dog wound that smells bad, including:

Why do wounds smell bad?

Short answer: it has to do with bacteria. When the injury occurs, anaerobic bacteria — those not requiring oxygen to live — move in and start to degrade the surrounding tissue. In the process, they release chemicals as byproducts that cause that awful smell.

The smell can vary depending on the chemical in question. Not all are necessarily bad — some produce a scent like ammonia, and others may even smell slightly sweet, like almonds. However, even if it doesn’t smell bad, any wound smell can be an indication of a complication in the healing process that you should contact your vet about.

Though wound odor is highly subjective, a particularly strong odor may indicate an infection that could eventually lead to an abscess. Abscesses occur when the body of an animal cannot fight off the infection of a wound, and result in a painful lump, fever, and tiredness until properly cleared up. Because this is a bacterial infection, the removal of an abscess often requires antibiotics, surgical puncture, and, in some severe cases, multiple surgical procedures. If the bad smell is accompanied by a lump surrounding the wounded area, oozing pus, or lethargy and loss of appetite your dog likely already has an abscess.

What can I do about wound odor?

Say that you visit your vet and she tells you that your dog’s wound isn’t infected, just a little on the smelly side. Great news! That means you won’t have to deal with the tricky business of abscesses. Just make sure it stays that way — one of the best ways to ensure that your pet’s wound continues to be uninfected is Fauna Care’s Silver Spray. It’s great for basic wound care, and it has deodorizing properties that can help take the edge off that wound smell as well. Here are some other ways to eliminate wound odor — but before you try any of them, make sure you run them by your veterinarian to be certain that they’re right for your pup.

While this medicine is already often used in humans to treat irritation and rashes, and in pets to treat infections, it can also be used to reduce wound odor for both. If the wound dressing is soaked in this gel-like substance, along with normal saline, it should cause the odor to dissipate temporarily in a couple days, and permanently in a few weeks. This medicine requires a prescription, and be sure to ask your vet what effects it may have on your pup before you try it.

When dealing with medicine, it may be a bit strange to see such an ordinary food item among a list of esoteric treatments, but honey is actually often great for wounds. It has anti-inflammatory properties, and provides moisture for a fast-healing environment. And, of course, it wouldn’t be on this list if it didn’t play a part in eliminating wound odor. Because of its high acidity and osmolality (a fancy, scientific way of saying that it has a lot of particles, mostly glucose, dissolved in it), it creates an unfavorable environment for bacteria. The bacteria that stick around start producing lactic acid instead of those unpleasant-smelling chemicals because of honey’s high glucose content. To be entirely safe, only medicinal honey that has been sterilized should be used in this treatment, but it is commercially available. Despite the lack of prescription, check with your vet before starting this treatment as usual.

This ointment is normally used in both humans and pets to speed the development of skin over a wound, as well as keeping infection at bay. Because it works to eliminate the bacteria in the wounded area, it also eliminates any unpleasant smells they may have been causing. Along with the antimicrobial substance, the medicine also contains iodine, which cleans the wound as well — and who doesn’t love a medicine that can do it all? It should be noted that this medicine is more effective against some bacteria than others, since nature doesn’t like to make anything easy. As usual, consult your vet to see if it would be a good treatment for your pooch.

Most often used to treat burns, yeast infections, and bacterial infections, this topical cream kills the stinky bacteria by inhibiting cell membrane and cell wall. It also cleanses away dead tissue to assist in overall healing. It should be applied once or twice daily, and only trapped under a dressing if absolutely necessary. This medicine, again, must be prescribed, but it is a viable option for treating wound odor. However, it should be noted that when put head-to-head with Fauna Care’s Silver Spray, silver sulfadiazine lost quite badly.

No, you shouldn’t just press a chunk of charcoal against your dog’s wound. Many commercially available dressings have charcoal as one of their ingredients, and although it won’t kill the bacteria or help with healing, it will absorb the odor molecules. To make it the most effective, ensure that it’s completely sealed against the wound.

If you can’t eliminate the source, just slap some other scents on top of the offensive smell to cover it up. It may seem a bit barbaric, and certainly unsatisfying, but it works. The most effective way to do this would be to apply a few drops of the essential oil of your choice — whether that be lavender, citrus, or tea — to the outside of a dressing. While this certainly makes the wound smell better, it should only be used after every other treatment has failed. After all, you’re not truly eliminating the odor.

Yeah, I know — ew. But, believe it or not, both have been shown in studies (though they are limited) to reduce nasty odors. Scientists think that this has something to do with lowering the wound’s pH, which makes the bacterial environment much less friendly. If you want to try out this treatment, either substance should be applied to the wound for fifteen minutes after it is cleaned. As always, consult your vet before starting this treatment, especially regarding what flavor of yogurt would be best (probably plain, but you never know).

Much like charcoal, these dressings work to absorb the stink with substances like cyclodextrin — which is actually much better at absorbing odor than charcoal in most instances. In fact, cyclodextrin is also used in many cleaning products for your house. That’s how you know it’s good — if it can eliminate the odors that can be found in most bathrooms, wound odor should be a piece of cake. Though these dressings work hard to eliminate odor, they’re only really appropriate for small cuts and lesions.

It seems obvious to be an obvious equation — the older the dressing, the worse the odor. However, it bears being said that changing wound dressing often has a massive impact on scent. Though your pup may not like it, if you want to keep her smelling sweet, keep her dressings fresh.

Dogs can be a bit stinky on their own, but when a wound increases that stink to a stench, they can become unbearable to be around. Remember that wound odor is often an indication of infection or something else that has gone wrong in the wound healing process, so if you ever suspect that something is off, don’t hesitate to contact your vet. Otherwise, try the medicines and remedies above to fend off those pesky bacteria, or trap their smelly byproducts before they can go up your nose. You may be able to breathe freely again — literally.