How to Interpret your Dog’s Body Language 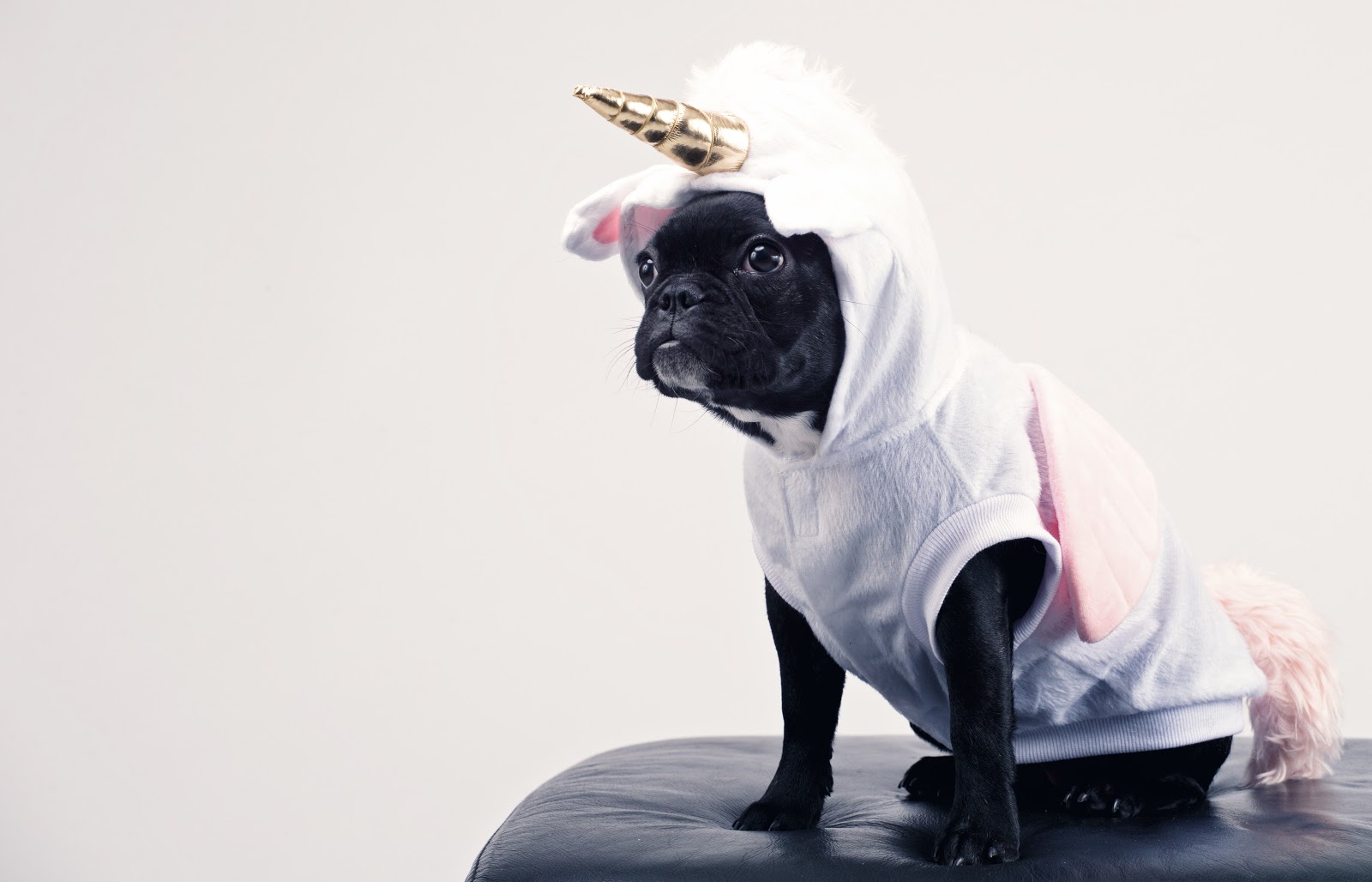 Body language is a great indicator of how things are going. If someone has an upright posture and makes eye contact when you’re talking, you can tell that they are interested without them saying it. Similarly, it’s obvious when someone doesn’t care, like when their eyes are wandering with shoulders slumped. While a dog may be something different, it’s important to tell how your dog is doing through his or her own body language, since that is the only way she can communicate with you. There are some things to look for know to when your pup is feeling:

Each dog expresses these emotions differently, so there’s no way to know exactly how your dog is feeling. Make sure to use context clues to evaluate what’s happening and understand why your dog might be feeling like this. But if your canine is showing a lot of the same signs at once, it’s likely that he is feeling one way or another.

Alert and in a Good Mood

Nothing better than a happy pup! Here are some signs that he’s in a playful, social mood:

Some dogs are described as jumpy/mouthy, meaning they jump up and touch you with their teeth. Mouthing can be soft or hard, but is not meant to be harmful the way biting is. If your dog is jumpy/mouthy, he’s outgoing and energetic.

Tail movement is usually a good indicator of any mood. If your dog is excited and aroused, his tail will start to rise above his spine. As this happens, your dog’s tail might move quickly back and forth.

Look for these signs at the same time to see if your dog is feeling playful, and his general posture and body movement will reflect this excitement. An aroused and energetic dog will move around frequently and in short intervals, with minimal pauses between movements.

If you’re playing with your dog and not sure if he’s having fun, try pausing and see how he reacts. If he leans forward and paws at your hand, he was probably enjoying the pet or belly rub. But if he walks away, he wasn’t having it. If that is the case, respect what your dog is telling you.

While your pup may not be in the mood to play, if he’s relaxed, he’s doing alright. A dog feeling this way can be lying down, often in the frog-leg position—on his stomach with each leg sprawling in opposite corners—to relax the muscles. He may also roll over and ask for a belly rub.

When relaxed, your dog will likely be showing an open mouth smile similar to when he was feeling playful, and the tongue often slips out when this happens.

The rest of his body language will appear neutral, with ears unturned and soft eyes. His tail may be wagging in a slow back and forth, possibly in a circular motion, most likely closer to the ground.

Stress and anxiety are extremely uncomfortable for everyone, but humans are just better at hiding these feelings. It’s pretty obvious when a dog is stressed out, because he usually displays the signs all over his body. Some signs your pup is feeling stressed out:

When stressed, a dog will often tuck his tail between his legs and try to pin it to his stomach. This can be seen with trembling, crouching, or cowering. He may start sweating, and you may notice wet footprints even though your dog hasn’t stepped in something wet.

If your dog completely freezes after displaying some or all of these signs, then he is trying one last time to get out of whatever is causing him stress.

These signs often occur as a response to an unfamiliar person. This can be made worse if the person is wearing or doing something your dog has not previously seen, such as wearing sunglasses or a hooded sweatshirt.

Don’t necessarily advise the newcomer to pet your dog, because that often makes your dog more afraid of this new person. Wait for your dog to move towards this person and indicate that he wants to be petted. The new person should be seated to minimize potential threat, and give him a treat to give to your dog.

If you are bringing your dog somewhere with a lot of people, pay attention to his needs and understand that a large group setting might not be the best thing for him.

A fear of people is a combination of nature and nurture. Interaction (or lack thereof) with humans or harmful punishment as a puppy may make a dog fearful of people. But genetics plays a role, because some dogs are more likely to develop a fear of people than others. Most of the time, your dog will stop showing these signs of fear as he spends more time with the new person.

If your dog shows fear combined with aggression towards new people that does not subside as easily, the shelter or your vet might intervene. They first need to identify that there is not an underlying medical condition that causes your dog to act this way. If this is not the case, there are humane training techniques to get dogs comfortable around humans, depending on the extent of the fear and aggression. Medication is another possible option if necessary.

A defensive, aggressive dog will try to make himself look as big as possible. He will be tense and stiff with his head above his shoulders. This often includes a forward posture, putting weight on the front legs.

Growling is a clear sign of defense. He might pull his lips apart to show his front teeth and wrinkle his muzzle. His eyes can also become round and wide, with dilated pupils and lots of white showing, and his forehead becomes tense and tight. You probably have seen a look like this if you try to take something from him.

An aggressive dog might start air snapping, which is when he starts biting the air with his teeth a few times in a row quickly. Your dog may be standing still, since often the aggressive behavior is because your dog feels anxious and threatened.

If you notice these signs occuring at the same time, it’s a good idea to intervene and stop whatever is happening to make your dog act aggressively.

Your dog may often show signs of two reactions at once, such as fear and aggression if they feel threatened. Pay attention to your dog’s entire body and the context of the situation to best determine your dog’s needs. By reading body language effectively, you can figure out what’s best for your dog from one moment to the next, making a happy and respectful relationship for you and your pup.

How do you know when your dog is happy or stressed? Let us know in the comments! 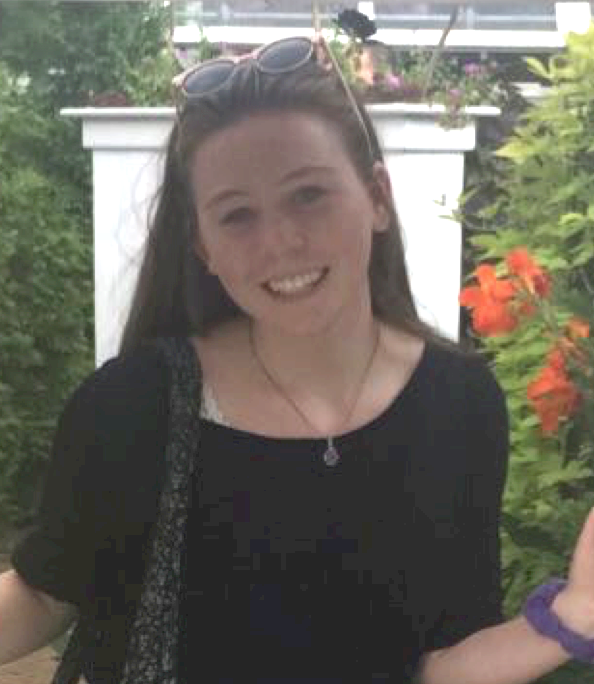 Maggie Young is a student at the University of Pittsburgh studying nonfiction writing.
See All Posts