Beach Reads... for Rover? Everything You Need to Know About Audiobooks for Dogs 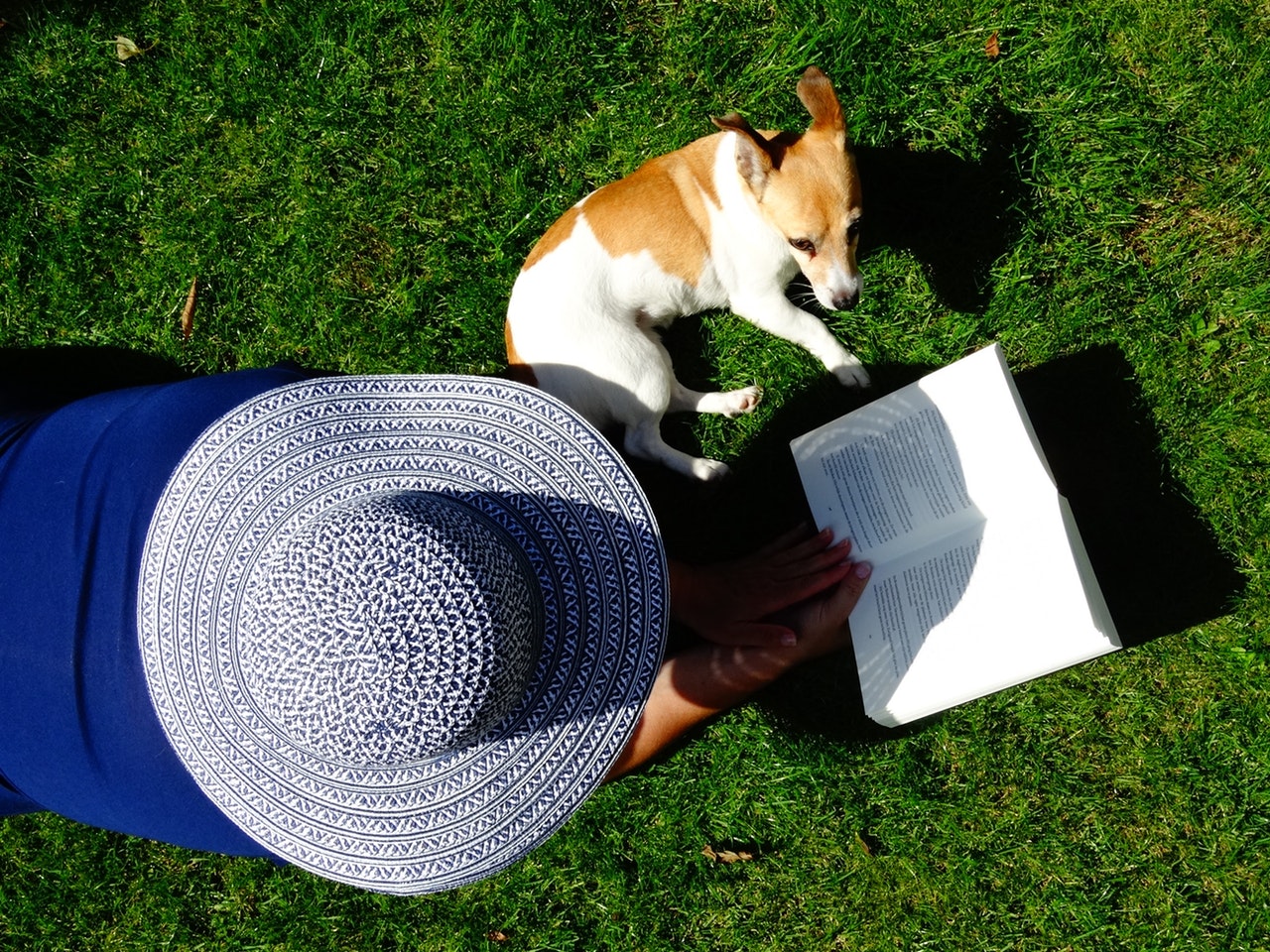 We understand. It’s hard to leave your dog home alone. Chances are they miss you just as much as you miss them… quite possibly, even more. Although you’d love for your pup to be cared for and snuggled with 24/7, this isn’t entirely feasible. Whether it’s due to work, family vacation, etc., your dog will find itself alone in the house at some point.

Perhaps you have experience with this and have mastered the art of leaving your dog home alone. Or maybe, you are struggling to find a way of making their time alone more bearable.

If you’re finding that your dog becomes a little too agitated or anxious when left alone, you may need to address this situation a bit differently. Though some dogs are more inclined than others, all pups run the risk of developing separation anxiety. There are several indicators that’ll tell you whether or not your dog is experiencing high-level stress when left alone. Some dog owners have taken to leaving on the television or playing music over the speakers when gone to try and calm their anxious pups.

If you have exhausted many options and want to try something different, Dog Whisperer Cesar Millan has paired with Amazon Audible to create audiobooks designed for your puppy's ears.

We here at Fauna Care understand how stressful leaving your dog home alone can be. In this article, we hope to clarify what separation anxiety looks like in dogs, how it manifests, and why audiobooks for dogs may be an effective way to cure your pet’s lonely sorrows.

What is Separation Anxiety in Dogs?

Although you can never be so sure, major signals of distress in your dog are either excessive drooling or severe sadness or anxiety before, during, and after your departure.  Identifying this behavior is crucial-- if your dog were ever to attempt an escape, it could suffer from self-injury, cause mass house destruction, or worse.

Potential causes for separation anxiety may include, but aren’t limited to:

The overarching goal for a dog with separation anxiety is to rectify their bad behavior, alleviate them from the stress of being alone, and teach them to actually enjoy being home alone. Although we don’t recommend your dog being home alone for an extended period of time, we do suggest that you implement some sort of coping mechanism.

Which is what led us to a program called Audible For Dogs.

Storytime for Your Pup

This amazing line of audiobooks could, very well, be the answer to all of your kooky canine troubles! These audiobooks differ in genre and narrated voices, in order to give your dog the book that best corresponds to its personality.

In response to the service’s release back in 2017, Millan stated that “Dog’s communication is sign language, but they live in a world of human communication, which is a lot of sound. To me, it’s common sense.”

After having independently tested on 100 volunteer dogs over the course of a month, Millan claims that his curated audiobooks made the dogs calmer and more relaxed.

What makes them different from regular audiobooks?

Great question! These audiobooks are specifically tailored to suit your dog’s needs-- by blending soothing voices, a steady word pace, and the ability to play at specific intervals, Audible For Dogs allows you to be a part of your dog’s home experience, even when you aren’t around.

The reality is that dogs are special creatures, who express an unmatched loyalty and love for their owners. Even the mere sound of your voice comforts them because they know you’re near. When you aren’t around, it is as if their whole life has been ripped out from under them. Assuring and cute, no doubt-- but eventually, this need for constant attention becomes inhibiting and destructive.

This is where an audiobook comes in. According to Millan, every dog has an “alpha” or an owner they look up to the most (even if the dog has two owners). With this in mind, Millan and Audible were careful to split the audiobooks up evenly between female speakers and male speakers-- so that the alpha owner can choose recordings that sound most like them in voice, energy, and consistency.

In doing so, owners decrease the chance of stress caused by hearing unfamiliar voices or noises in the house. Strange voices can put your dog on edge, especially when alone-- which is why leaving on the television may not be as effective in calming your pet down.

Millan recommends that you play the audiobook after your dog has gone for a walk and/or has expended some energy outside. That way, your dog will be a little more relaxed and less apprehensive about hearing the voice for the first time. He also suggests sitting and listening with your dog the first time around-- dogs are extremely susceptible, so when they see their owners responding to the audiobook quietly and positively, they will try to mimic their behavior.

Its intention is to aid in helping your dog remain at peace while you are gone. Although Millan says exercise is the best medicine for behavioral issues or separation anxiety, these audiobooks come in at a close second. Audiobooks take away much of the hardship that accompanies leaving your dog at home to fend for itself.

“We want the dog to stay calm for a long period of time when the owner leaves (...) then the human won’t feel he’s betraying or abandoning the dog. We want to remove all those negative feelings,” says Millan.

If you’re out of the house more than you anticipated before getting a pet or you find that your dog may have separation anxiety, it’s time you check these out.

If you’re sold, here is how to start the program

First thing’s first, you need to create an Amazon account. Once you have created one and have logged in, Audible will present you with a Free-30 Day Trial. This offer allows you the convenience of getting to know the service and being able to observe its effects on your pup-- Audible even offers you your first book, free.

Next, set up your listening device in a place where your dog can become comfortable with it. Over time, this device will become a reassurance to your dog-- but for right now, because your dog hasn’t paired the two stimuli together, it is but a strange object speaking strange words! So let your dog sniff and walk around the device as much as possible. Sometimes dogs will even try to bark at it, but assure them that it is nothing to be scared of by remaining calm and petting them.

The volume should be relative to the level you normally set your television or speakers to. You don’t want to startle your pup even more than it already is-- start low and work your way up to louder volumes, if necessary. Remember that all dogs are different, so make sure you’re keeping an eye on your dog’s behavior and watching to see if the audiobook is being played too loud. And as stated before, play the recording in a voice that resembles yours (or your pet’s alpha)-- that way it’s easier for your dog to accommodate to the sound.

Quite fitting, Cesar Millan invented this acronym for new-to-audiobook dog owners to remember. REST stands for:

Dogs thrive on routine and habit. If you leave the house often, establish this alone time as part of their routine-- by not making it a big deal when the time comes. Be composed, as if leaving your furry friend behind is entirely natural.

If you know you are going to leave for some amount of time, plan ahead. According to Millan, walk them for an extra 15-20 minutes before leaving-- that way their instinctual desires to run and be out in nature are fed. They will come in satisfied and wanting to lay in their favorite spot.

“Space” refers to where the audiobook is being played from. If your dog has a special place in the house where they like to sit and relax, this is the space to put the listening device. Although it may take some time to acclimate, your dog will begin to associate this space with the audiobook-- making it less intimidating and more welcoming.

As for time, ease into this coping strategy. You wouldn’t want to go on an hour-long bike ride without knowing how to ride a bike first, right?  Right! Millan suggests you start with playing the audiobook for five minutes, then 20 minutes, until you work your way up to its full-length. 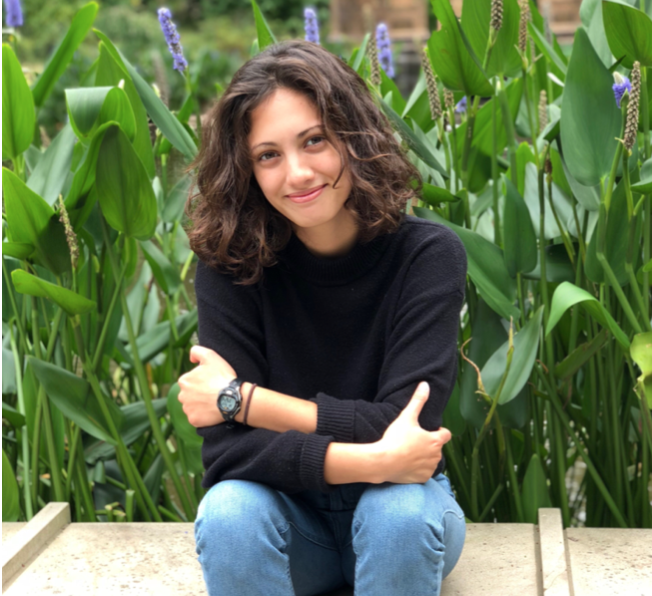 Kihei Staruch-Paikai is an undergraduate student studying Secondary Education and English at Duquesne University. In the fall, she will be working as a writing consultant for the University Writing Center and also as the Fiction & Poetry editor for an on-campus literary magazine, Lexicon.
See All Posts

There’s nothing like the summer sun, but the heat is no joke! Keep your dog cool with these quick and easy recipes.

Why is My Dog Licking So Much? Excessive Licking and How to Stop It

While slobbery kisses and long grooming sessions are usually peak cuteness, obsessive licking can also be a big problem for your dog.

How to Protect Your Pup's Skin From the Summer Sun

While there are times where it seems there is no such thing as too much sun, that’s not the case in summer. Learn all the best ways to keep your dog’s skin safe in the summer heat here!

Seasonal Depression In Pets: Do They Have It? (And How To Treat It)

When the weather turns sour, so might your pet’s behavior—this is how to identify it.

Dog Tear Stains: What They Really Are and How to Prevent Them

Those brown streaks under your dog’s eyes may be worrisome, but they are no cause for alarm.

So many pet healthcare products, so little time! Let this article be your quick and easy guide to finding pet care products safe for use on your pup.

The Best Way To Clean A Dog Wound (With Instructions)

Keep it clean, keep it drained, and keep your dog away from it

My Dog's Sore Won't Heal, What Should I Do? (Tips on Diagnosis, Treatment, and Vet Care)

Any time your pet gets hurt is stressful, but when the wound just won’t go away, it’s easy to find yourself at a loss.

The Best Products to Soothe, Nourish, and Protect Your Perfect Pup's Skin

Is your dog itching and scratching up a storm? Well, never fear! This skin care routine will leave your pet with soft, healthy skin and a glowing coat to match.

Sores can be indications of a greater skin issue your dog might have.

Yes, you should brush your cat’s head with a toothbrush, it’s hilarious, and here’s why.

Clamp down on the chaos with these five products.

Don’t let your dog become a pupsicle! These products will guarantee that your pet feels warm, safe, and loved all winter long.